The Finnish Air Force has preliminarily confirmed their participation at the Kaivopuisto Air Show 9.6.2017, initially with the F-18 Hornet fighter and the Midnight Hawks display team. The full program will be confirmed during the spring.

Aerobatics, especially team aerobatics, has had a central role in the training of military pilots. The aerobatic displays of military display teams have also became popular Air Show attractions.

The display team of the Finnish Air Force, the Midnight Hawks, first flew under its current name in Oulu 7.6.1997. The name refers to the Midnight Sun of the Finnish summer – the pilots traditionally performed at the annual Midnight Summer Airshow at the former Finnish Air Force Academy base at Kauhava. Apart from Finland, the Midnight Hawks have also performed in Austria, Great Britain, Netherlands, Norway, Poland, Italy and Sweden. The team flies, as the name implies, British Bae Hawk jet trainers.

“The Midnight Hawks is famous for the tight diamond formation of four aircraft. The distance between the aircraft is no more than 1,5 metres, and the speed over 500 kilometres per hour. This is an outstanding display of the professional skills of the Midnight Hawks pilots – only a handful of pilots are capable of such a performance. It is great to see the Pride of the Finnish Air Force, the Midnight Hawks, on the skies over Kaivopuisto” says Perttu Karivalo, Air Show Director of the Kaivopuisto Air Show.

The origins of the Finnish Air Force display teams, however, go back to the 1920’s. In 1925 the Fighter Squadron of the Air Force formed a performing aerobatic team, which was nicknamed “Emperor’s Flying Circus” after its commander, captain Väinö “the Emperor” Bremer. The team gave its first public display with their French Gourdou-Leseurre -fighters in Utti during the Summer 1925, and first visited Helsinki the following March.

The main fighter type of the Finnish Air Force is the American Boeing (formerly McDonnell-Douglas) F-18 Hornet Multirole Fighter. The aircraft was designed in the 1980’s originally for the U.S. Naval Air Force. In 1992 the Hornet was chosen to replace the Swedish Saab 35 Drakens and Soviet MiG 21 bis fighters of the Finnish Air Force. The Hornet won the bidding contest against Swedish, French and American competitors. The Finnish Patria Ltd. has constructed most of the F-18 Hornets used in Finland.

The fleet of the Finnish Air Force consists nowadays of 62 Hornets, 55 single-seat C-variants and seven two-seat D-variants. The aircraft are to be replaced in the 2020’s.

Read more about the performers and other program on the Museum’s www-page: www.suomilentaa.fi, or our Facebook page https://www.facebook.com/kaivariairshow/

A promotional video on the Midnight Hawks: https://www.youtube.com/watch?v=aGoJClz5hVI

The Kaivopuisto Air Show is a huge, aviation-themed event, organized by the Finnish Aviation Museum. The Show will be held on Friday Night, 9.6.2017. Various aircraft types representing the past, present and future of Finnish Aviation will take part in the Show. The Show will take place in the air, land and sea. Partners of the event include Finavia, SEK, The Finnish Aeronautical Association and the City of Vantaa. 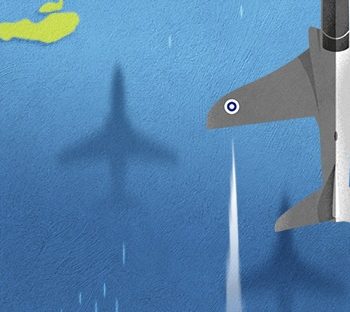