The Kaivopuisto Air Show attracted a crowd of 130 000 spectators to the shores of Kaivopuisto.

The Kaivopuisto Air Show, organized last Friday 9.6. by the Finnish Aviation Museum, attracted a record-breaking crowd to watch the Aviation Event of the Year. The organizer’s goal of 100 000 spectators was well surpassed – 130 000 people arrived to the Kaivopuisto area alone, and thousands could follow the show elsewhere in Southern Helsinki. The live broadcasts of the show were viewed by hundreds of thousands.

”The popularity of the show surpassed our wildest dreams. Our mission as a museum is, among other things, to rouse public interest in aviation and aviation history. We hope, that this event also advances our project to build a new Aviation Museum,” says Mr. Markku Kyyrönen, Museum Director of the Finnish Aviation Museum. “A big thanks to all the performers, partners, our volunteers and, above all, our fabulous spectators”.

The Kaivopuisto Air Show presented almost every aspect of aviation, from paragliders to fighter planes. In addition to the unique program, the beautiful summer weather attracted people. The sunny and relatively warm weather made people enjoy the evening in the park and at the seashore. There were many families with children in the crowd, and the atmosphere was pleasant. According to the Police, everything went well without any notable troubles.

The museum is closed during the Midsummer 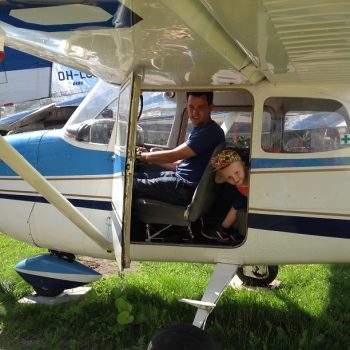