The Kaivopuisto Air Show is the main event of the Finland Flies! -campaign. The campaign is part of the official Finland 100 -program.

The Air Show is an open event, no entrance fee required. Our aim is to organize one of the biggest public events of the Centenary Year – do join us in celebrating the History of Aviation at Kaivopuisto!

History of Aviation in Central Helsinki

Kaivopuisto has a long tradition as a venue of popular Air Shows. Many Air Shows and other aviation-themed public events were held in the area, especially during the early years of Finnish Independence, to promote the Art of Flying for the public. The last large-scale Air Show of several participants was held in 1955, but many individual aerobatic groups, both from Finland and abroad, have performed in the area since.

The Air Shows of the early 1950’s featured frontline fighters of the Finnish Air Force – Messerschmitts and Vampires – fearless wing walkers and other performers.

The Air Traffic in the area was overall busier in the past, especially in the 1920’s and 1930’s. Aero Ltd – current Finnair – started its operations in 1924 from a seaplane, which was located under the present Katajanokka Terminal. The Air Force had its base in Santahamina, and the Air Force Aircraft Factory, founded in 1920, was located at the Suomenlinna Sea Fortress.

The Director of the Air Show is Perttu Karivalo (Night Sky), who has been involved in organizing Finnish Air Shows since the late 1990’s. Mr. Karivalo has directed most of the main airshows in Finland since 2010.

The display line goes past the central coastline, from Katajanokka to Pihlajasaari. The Show can be watched from a wide area, from the Helsinki Market Square to Hernesaari. The ground display area is located in Kaivopuisto.

The Event Centre of the Kaivopuisto Air Show is located at Kylpylänaukio, near Café Ursula. There will be plenty of aviation-themed exhibitors at the Event Centre, for the whole family. The Event Centre is open all day from 10am to 10pm.

Please note that the noise levels during the event will be high at times. Spectators are advised to bring some hearing protection. Free earplugs are also available on site (limited amount).

The noise may be too much for doggie ears – we suggest leaving your pets at home.

Please note! It’s prohibited to fly DRONES at the area (special permission must be applied beforehand from the Air Show Director).

The Finnish Aviation Museum organizes a Flying Heritage Aircraft Conference on December 8th to 9th 2017. The aim of the conference is to cultivate heritage aircraft culture in Finland. Activity among flying heritage aircraft is diverse and communal in many European countries. Such activity or frequent meetings have not been organized in Finland. The Museum […]
Read More 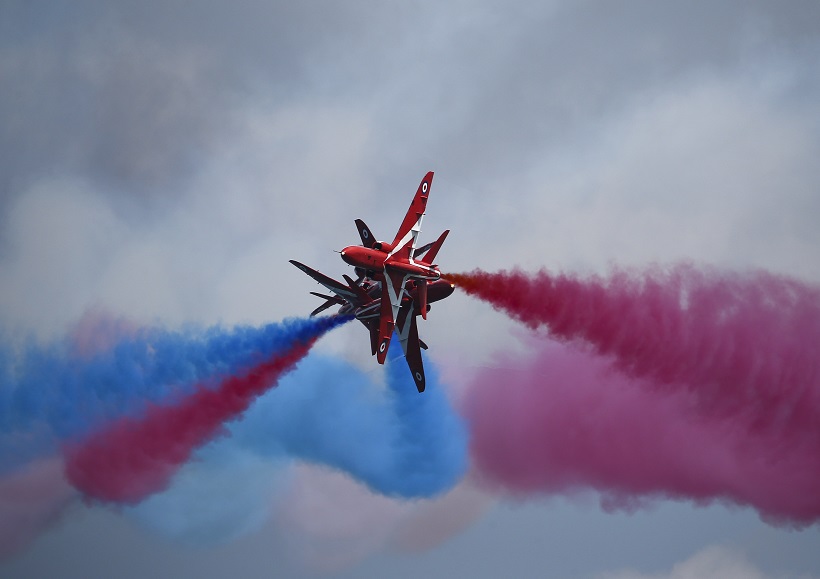