Professor of Museology, Mr. Janne Vilkuna (b. 1954), attended Helsinki and Jyväskylä Universities (Finland), studying the fields of Archaeology/Prehistory, Ethnology, Finnish History, and Art History. After completing his Master’s degree (1979), he worked as Senior Curator at the regional Museum of Central Finland, Jyväskylä (1980-89). He taught museology at Jyväskylä University when the department was established in 1983, and became a Lecturer in museology in 1989. Vilkuna completed his PhD in Ethnology in 1992. In 1999, he became the first Professor of Museology in Scandinavia. Concurrently, Vilkuna served as Head of the Jyväskylä University Museums (1993-2016). He has published ~400 scientific and popular articles in the fields of Museology, Prehistory, History, and Ethnology. His primary interest in museological research is the history of Finnish museums. He has served on several museum boards and state committees, and joined the Editorial Board (and is the Finnish editor) of the Journal of Nordic Museology in 1993. In 2003, Vilkuna became a member of the Finnish Academy of Science and Letters. (Source: https://themuseumreview.atavist.com/vol2no1finlandmuseums / 31.10.2017) 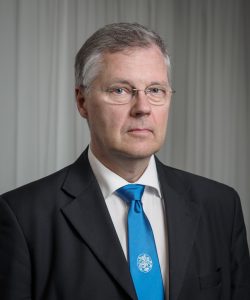 
Craftlab Way, or How to Bring Extinct Aircraft Back to Life

Paolo Miana scrutinizes the challenges of research and practice among WWI fighter reproduction in his keynote presentation.

Recovering, analyzing, recreating and spreading aviation historical heritage. This is the motto of Craftlab, deeply involved since 2000 in recreating and bringing back to air WWI airplanes.

Due to the technology and material employed in their constructions, few WWI era airplanes survived worldwide; even less in flight conditions.  This will be presented the theoretical approach, the solutions and the technologies, adopted by Craftlab in order face and overcome the quests raised by designing, creating and operating WWI airplanes replicas.

He is responsible for the company’s design and production of replicas of WWI aircrafts, in particular coordination of the conception, planning and implementation of company’s project (project manager). 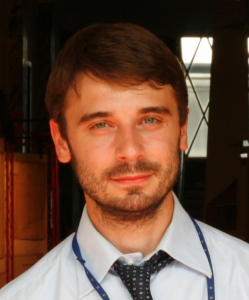 Finnish Aviation Museum organizes a Flying Heritage Aircraft Conference on December 8th to 9th 2017 which is a part of the Finland Flies! campaign belonging to official Finland 100 Anniversary Programme. The museum wants to bring operators from Finland and Europe together in order to discuss on heritage aircraft definition, their historical significance and recent developments in the restoration, operation, management and regulations set by the authorities. Finnish Aviation Museum wants to provoke more activity among flying heritage aircraft operators in Finland and bring together different parties such as museums, owners of the aircraft and authorities.